Fathom helps you recall and share important moments from your meetings. It’ll even send those moments to your Slack or CRM automatically.

When you’re on a Zoom call, just click to highlight a portion of the call.

When the call ends you have instant access to the call recording, fully transcribed, along with all of your highlighted moments.

No more frantically typing notes on your Zoom calls.

Write them afterwards at your own pace and send them to your CRM, Google Doc, Gmail or Task manager with a single click.

Fathom automatically generates & syncs call notes to all the right places in your CRM.

Notes never tell the whole story. Tell it with clips instead. 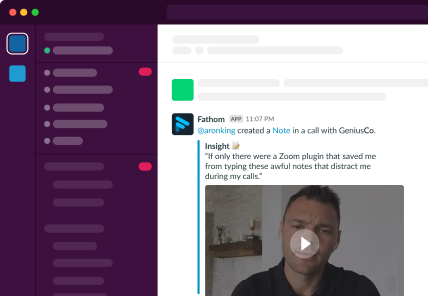 Search transcripts across your own or your team's calls 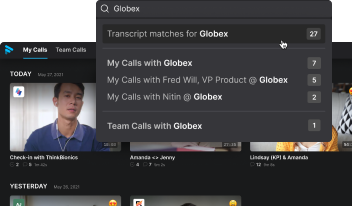 Watch team recordings & get insights from your top performers 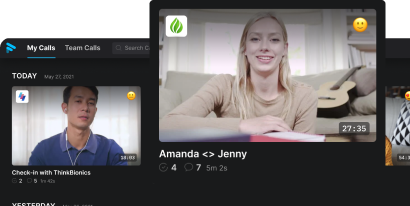 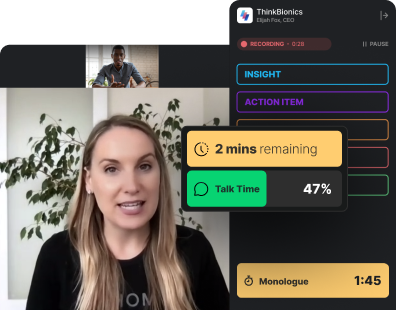 What Customers Are Saying

Highlights from real conversations. All recorded in Fathom.

Fathom saves me a ton of time. Prior to Fathom, I was having to put all of my notes manually into Salesforce.

It saves me hours and hours of times each week. Fathom is my secret power.

Making sure that I can actively listen and effectively take notes is a game-changer.

I can back up every single thing with a user quote, which is exactly what the product team has been hoping for.

There is real value in hearing exactly how a customer says something.

It gets rid of a lot of the stress that comes with the fear of forgetting or not remembering something they said.

What does Fathom cost?

Fathom is 100% free. In the near future we will be charging for new, team-centric functionality but the core Fathom experience will remain free.

All recordings created with Fathom are 100% private. They can only be seen if you share your recordings or highlights with others.

No, Fathom works alongside your Zoom client.

Can I use Fathom without Zoom?

No, Fathom requires Zoom and is not a separate service.

What does Fathom integrate with?

Fathom also integrates with Salesforce & Hubspot to sync your highlights & notes to any matching Contacts, Accounts, & Opportunities (Salesforce only).

Fathom auto-generates call & action item summaries that can be dropped into Notion, Google Docs, Asana, Todoist and Gmail with a single click.

Will people be uncomfortable with recording Zoom calls?

If you've not recorded calls before we've found that you're much more likely to worry about this than your attendees ever will. In fact, inside of certain roles like Sales & Customer Success already over 90% of calls are recorded (with the exceptions typically being sensitive legal or enterprise sales).

We're also seen that over 50% of attendees would like access to the call recording, so rather than be worried they'll be excited that you're recording the call for their benefit as well (don't worry, Fathom allows you to share the call recording without sharing your highlights & notes).

Finally, if at any time your attendees are uncomfortable, Fathom gives you a way to pause recording.